Shri Satish Shah a victim of prosthetic challenges since his birth in this mortal world, is having the same kind of spirit. Not being able to walk, getting attacks of fit, not having clear vocal speech. Thus, having multiple physical challenges, but having a clearly noble thought process of being helpful to the family and even to society.

Satishbhai is now around 35 years old. His thought process of being self-dependent got a big boost.  During one of the camps of Voice of SAP, he received a tricycle. The tricycle is now an integral part of his daily life. Satishbhai is selling Agarbattis using the tricycle. He sits at the center of the tricycle and keeps bundles of Agarbattis to his left and right-hand sides. Spacious tricycle is making his activity of selling Agarbattis easier. When I asked him, how much do you earn from each packet's sell? He replied, "I keep only 10 rupees for me. I don't make huge profits. Daily around 10-15 packets get sold and that gives me around 100-150 rupees a day".  Thus, he earns around Rs 3,000 - Rs 4,000 a month.

Satishji's mother, Mrs. Padmavati told me, "Satish is a true hero. Today, whatever little furniture we have in our house, is bought by him. He gets happy if we keep lunch or dinner celebrations for our relatives. Often, he brings a saree for me."

Satishji's sister, Ms.Bhumi told me, "he cares for me a lot. He often brings some snacks for me, he always tries to bring a smile on my face".

Now, this young and mentally energetic is aspiring to be a "Big Man". He wants to earn lots of money and he knows that his education up to only 4 standards can not help him in achieving his dream. So, he wants to get educated and expand his boundaries because now, using his tricycle he can go easily, wherever he wants!

Thus, a fantastic initiative of VoSAP to distribute Assistive Devices has bought happiness, self reliance, smiles, aspirations and a big hope to achieve more. Voice of SAP Beneficiary Shri Satish Shah is Winning hearts and helping the family.

Goddess of wealth reaches out to those who work hard. Only lazy unworthy people wait for god or luck to fulfill their wishes. Don't depend on luck, and surge ahead with your own capabilities! Even after putting in all your efforts if you don't reach your goal, so what!? (No harm). 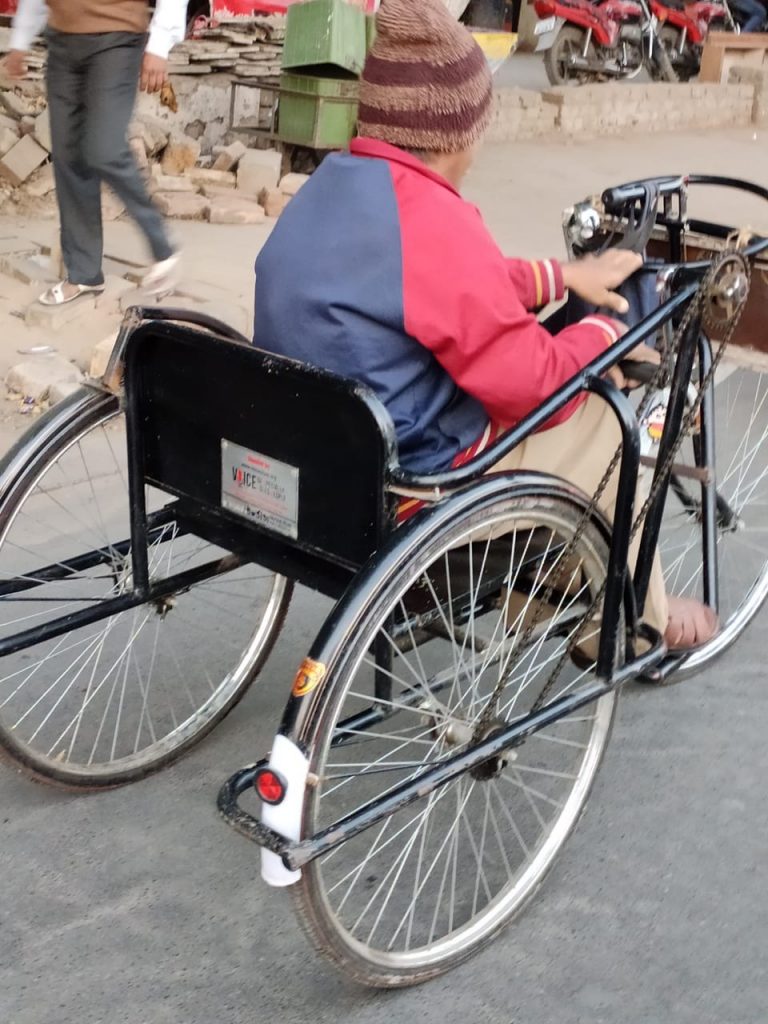